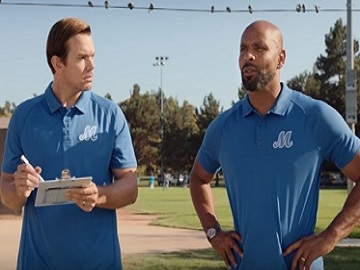 GEICO continues its ad campaign, aiming to highlight that GEICO provides more than just car insurance, with a new ad, featuring some pigeons on a wire discussing their next target.

The 30-second spot stars two fathers, played by Eric Davis and Jeff Pride, attending their kids little league
football game. “I just saved a bunch of money on my car insurance with GEICO”, tells one of them to the other,
who says, in response, that he should take a closer look at GEICO.

At this point, one of the pigeons on a wire, behind of the two men, says that “GEICO can help with way more than
car insurance.”, listing “boats, homes, motorcycles” and “even umbrella coverage”. Changing the subject, one of
his fellow pinguins says that “this guy’s gonna wish he brought his umbrella” and “instructs” the other pigeons
to “fire at will”. His instruction raises questions, though: “How’d you know the guy’s name is Will?” – asks
another pigeon, who’s not the only one to pose this question. “It’s an expression, you know? Fire at will? You’ve
never heard of that?” – answers the pigeon with the initiative. The pigeons seem to not understand the expression as they say “bye” to one of the men, believing that his name is Will. “That’s not his name!” – shouts the pigeon exasperated.

The commercial ends with the voiceover urging viewers to take a closer look at GEICO, mentioning that GEICO
guarantees “great savings and a whole lot more”.