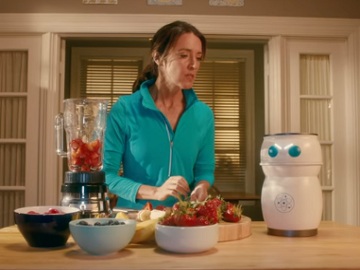 “How much does GEICO love saving people money on car insurance?” – the insurance company gives you the answer
in its latest ad campaign, called “Loves More” and centered – you guessed – around love.

“How much does GEICO love saving people money on car insurance? More than virtual assistants love to annoy you.” – says the voiceover in one of the 15-second spots, showing a woman in her kitchen, preparing strawberries for a smoothie and asking her virtual assistant to tell her when the gym closes. “Jim who?” – asks the assistant, that just can’t seem to get this command right and, after annoying the lady several times, calls Jim to her despair, who now must use a nice voice and make up immediately a reason for calling him.