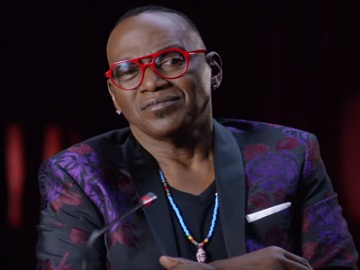 Randy Jackson takes his judging talents to a kennel club dog show in the latest GEICO commercial, part of the
company’s “It’s not surprising” campaign, created by Martin Agency.

The spot features the bassist/singer at the judges’ table on a dog show commenting the contestants’ performances. “Yo, check it out dawg. That was just a’ight for me. I mean. You got the walk, you got the stance. But I wasn’t really feeling it.”, “You know what, I’m not buying this. You got to come a little harder, dawg. You got to figure it out.”, “Eh, I don’t know. Shaky on the walk, carriage was off.” – are his reactions after seeing the “dawgs” showing off their skills. However, he does praise a contestant that makes him exclaim “Wow”, describing it as “the performance of the night”.

“Randy Jackson judging a dog show. Surprising. What’s not surprising? How much money Lisa saved by switching to GEICO.” – the voiceover says at the end of the spot, adding the tagline “Fifteen minutes could save you fifteen percent or more”.

Jackson, who’s been a long-time American Idol judge, has also starred in a commercial for Walmart and in a commercial part of social movement It’s On Us, created by Barack Obama and White House Council on Women and Girls, to remind people that it’s on all of us to to stand up against sexual assault and inviting them to learn how to stop and prevent sexual assault at itsonus.org.