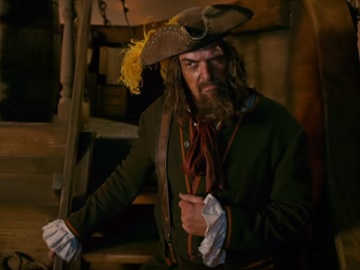 GEICO loves saving people money on car insurance more than pirates love planks. This is the message conveyed in one of the latest spots released by the insurance company, as part of its newest ad campaign, “Loves More”.

The 15-second “Pirates Love Planks” ad, directed by Don Cherel, features an infamous pirate captain who uses planks to whip his salty crew into shape. While he criticizes one of the pirates, he doesn’t hesitate to praise another one, who happens to be a woman, saying that it’s “perfect”.

The “Loves More” campaign includes several other spots, illustrating characters that love very much certain things, such as lawyers, who love to argue, police, who love code, virtual assistants, that love to annoy users, and Puxatony Phil, who loves Groundhog Day.