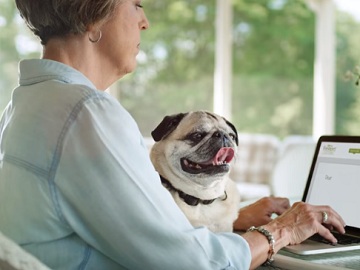 Freshpet presents Rudy the pug in a new commercial promoting the Freshpet Select.

The 30-second version of the TV spot released by the dog and cat food brand features Rudy, the youngest of five brothers, while his “mother” tells the story of how Freshpet helped him when he stopped eating. “Dear Freshpet, I’ve got five boys. Rudy’s the youngest. But when he got older, he suddenly stopped eating.

After a few days, he was too weak to stand. Then we found Freshpet.” – his mother, Mary Ann, from the city of Powel, Ohio, reveals in a letter addressed to Freshpet. She says that, with Freshpet Select, Rudy, who is now 13, became excited again about mealtime and got back to his old happy self.

Freshpet provides “healthy, all natural” pet food and treats made from scratch with fresh meats and veggies, with no added preservatives. According to the brand, US raised chicken or beef is the #1 ingredient in its products, as it never uses any pre-processed “meat meals”.