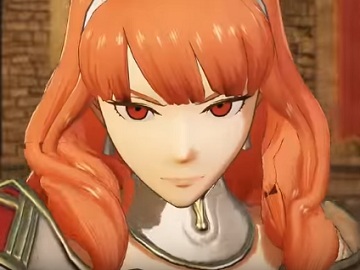 A new commercial has been released for the game Fire Emblem Warriors, coming out October 20 on Nintendo Switch and New 3DS.

“Fire Emblem Warrior, where heroes unite like never before. Fight through legions of enemy soldiers, uncover the mystery of the shield of Flames, and save a tormented world from the chaos. Plan to attack and unleash devastating moves against unimaginable worlds.” – the voiceover says in the 30-second spot, featuring footage from Nintendo Switch version.

The upcoming hack and slash video game enables players to take direct control of known and original Fire Emblem characters, like Marth, Corrin, Xander, unlock new playable heroes, pair them up to carry out attacks, and issue them strategic commands in the midst of the battle.