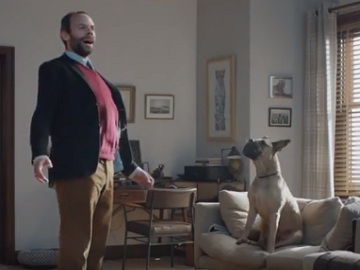 Febreze has launched a new ad campaign including a series of #OdorOdes to promote its products.

One of the spots, which is an ode for the couch, aims to highlight that, “sometimes, the things we love the most can stink the most” and that Febreze Fabric Refresher cleans odors away for good.

“I love you, couch. You give us comfort. And we give you bare feet, backsweat, and Gordo’s… everything. I love you, but sometimes you stink.” – the voiceover says in the 30-second spot, which features a dog jumping on the couch and lying there. “Soft surfaces trap odors, Febreze Fabric Refresher cleans them away for good.” – adds the voiceover, while a man “armed” with Febreze is shown spraying the couch and winning the battle with odors.

The spot ends with the voiceover urging viewers to try Febreze Fabric Refresher with a Febreze PLUG to keep their whole room fresh for up to 45 days and adding the brand’s tagline, “Breathe Happy with Febreze”.