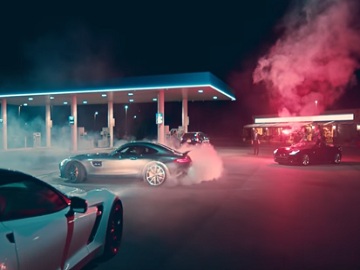 E*TRADE continues its “Don’t Ged Mad” campaign with a new ad, urging viewers to get their financial future back on track with E*TRADE.

The 15-second spot, titled “Sportscar”, features an expensive sports car drifting in the parking lot of a gas station at night, while a guy putting gas is looking at it thoughtful. “Your broker’s expensive sports car isn’t going to pay for itself. You will.” – are the onscreen lines appearing next, before the company’s tagline, “Don’t Get Mad. Get E*TRADE.”, is shown.

The online discount stock brokerage firm for self-directed investors has launched its new ad campaign three weeks ago, with a series of spots done by agency MullenLowe, featuring scenarios involving extremely rich people that would, most probably, infuriate “regular” people.