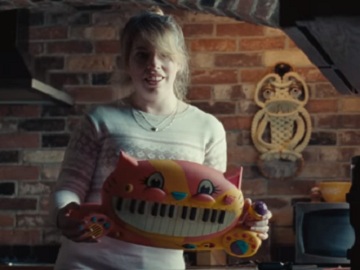 Halloween is just days ahead and many companies have taken the opportunity to release special ads to promote their products and/or services. It’s also the case of Duracell, whose latest commercial makes a reference to this holiday.

“Do you need the most trusted battery this Halloween?” – the voiceover asks at the beginning of the 30-second spot, which features a mother replacing the batteries of a cat piano, which is her son’s favorite toy, as the voiceover later reveals. “If not, maybe you can trust your son won’t start acting a little… different without his favorite toy. Maybe you can trust evil won’t prevail.” – he adds, while in the background thriller-like music and crow sounds are heard and the young boy is seen walking around the house in his roller skates and giving an evil look.

“Or, this Halloween, you can just trust yourself.” – the voiceover says at the end of the spot, while the mother,
who looks terrified, gives her son the cat piano, and the latter starts playing with it.