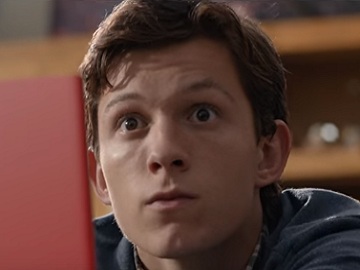 The upcoming superhero film Spider-Man: Homecoming promotes not only the new Audi A8, but also the new Dell Inspiron 15 7000 Gaming laptop.

The American company has launched a commercial, featuring Peter Parker (played by English actor Tom Holland) using the new gaming machine in class, to play a game that seems to expand to the real world, with the teacher and a classmate turning into game characters. The Dell Inspiron 15 7000 Gaming Laptop will appear in a scene in which Ned, Parker’s best friend, connects his Inspiron 15 Gaming Laptop to a Spider-Man suit chock-full of new technology. Another Dell laptop, the XPS 13 2-in-1 will also appear in the movie.

“Get ready for a more vivid window into your games with a stunning 4K display and graphics that bring all the action to life.” – says the voicever, mentioning that with this laptop, boasting a 7/10 IntelCore i7 processor, your screen is “super powered”.

The voiceover also urges you to see Spider-Man: Homecoming, hitting theaters July 7, and adds the brand’s tagline, “As real as it gets”.