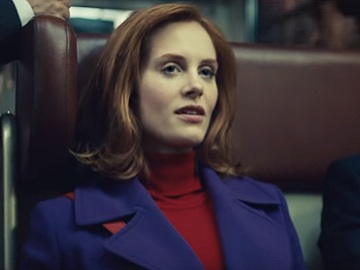 Debenhams has released its Christmas ad campaign, which is a modern take on Cinderella, with a first ad, announcing viewers that the full story will be available on Thursday, November 9, at midnight.

The 20-second spot, released with the hashtag #YouShall, features a young woman holding a bunch of shopping bags exchanging significant looks with a man in the train and then getting off before he had the chance to ask her something. She leaves, however, behind her a clue that might lead him to her: a shiny silver high heel shoe. “Let me tell you a story about a boy and a girl who met on a snowy Christmas evening. But just when he wanted to ask her name…. Well, that was only the beginning of their story.” – the voiceover says.

The British multinational retailer has a range of Christmas products for its customers, from homewares, kitchen & cookware, home accessories, candles, and Christmas bedding, to all kind of gifts, for men, women and kids, gadgets & novelty gifts.

This campaign is similar to Vodafone UK’s Christmas campaign, that also includes a series of spots featuring the love story between a man (played by Martin Freeman) and a mysterious woman he meets on the platform.