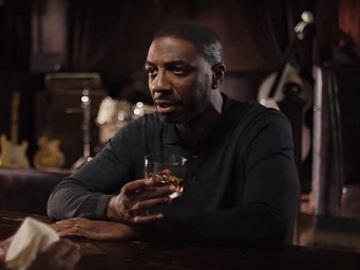 Crown Royal presents its new Vanilla Flavored Whisky, that combines the rich flavor of vanilla with the smoothness of Crown Royal, in a commercial done by Footsteps, LLC agency, starring JB Smoove.

The actor/comedian is seen in a bar, enjoying a glass of Crown Royal Vanilla Flavored Whisky and praising it to the bartender (played by Earl Billings), describing it as “so good” and “so smooth”. He then tells him he’s going to “vanilla” the whole room, starting his with nose (helped by vanilla flavored candle), his taste buds (helped by vanilla flavored ice creams), and even his soul (helped by a cute fluffy dog and two singers performing a song about how good vanilla is).

The spot, available as 15- and 30-second versions, ends with the tagline “Vanilla So Good”.

JB Smoove, who has been crowned as “King of Flavor” by Crown Royal, also stars in another commercial for the whisky brand, promoting the Crown Royal Regal Apple Flavored Whiskey from its flavored whisky collection. He created, together with Anomaly New York, Storefront Music, and director Greg Brunkalla, an original song titled “It’s Apple Time, Baby” and a series of spots which also include a dance number choreographed by Fatima Robinson.