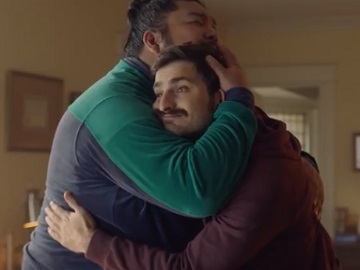 Credit Karma has launched a series of hilarious new ads to promote its free credit monitoring service and highlight that checking your scores won’t hurt your credit.

One of them, titled “Certified Hug Therapist”, features a man at a psychotherapist for his credit score related issue. “What I’m hearing is that you’re not feeling great about this.” – the counselor says.

“My credit’s awful. There’s nothing I can do.” – the guy says. “Sounds like you need a hug.” – the psychotherapist answers and calls in a huge man, who seems to be a sumo wrestler, to give him a hug. After the long hug, the patient takes a seat again and asks the counselor if that helped his credit. The answer is “No” and he is advised, instead, to try Credit Karma. “It’s free and they have tips.” – the counselor adds.

While the man who hugged him a few seconds before is putting a blanket around the patient’s shoulders, the latter checks his credit score on Credit Karma and finds out that it needs work.