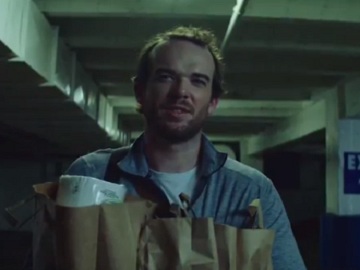 The 30-second spot features a guy walking through an underground parking lot, holding several bags full of groceries and talking to the phone with an unknown caller, who is – apparently – disturbing him with lots of phone calls. “I’m not that guy, I already told you, it’s not my account.” – the man is heard saying at the beginning of the ad, before hanging up. At this point, the Shadowy Man shows up and encourages the “kid” to put an end to the phone calls he keeps receiving and try Credit Karma, mentioning that he can check his credit from his account and get alerts, “if something smells fishy”. The guy opens the Credit Karma mobile app on his smartphone and wants to say thanks to the Shadowy Man, but the latter disappears in no time.

Credit Karma states that credit monitoring can help you spot errors on your credit report (which are more common than you might think and might affect your credit score, leading thus to higher interest rates or make it difficult for you to get the credit you need) or signs of identity theft, such as new hard inquiries made without your permission or new accounts you didn’t open.