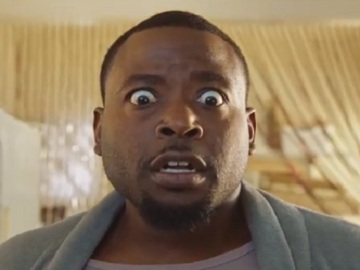 Credit Karma promotes its services in a new ad, informing viewers that checking your credit score on Credit Karma is free.

The 30-second spot, dubbed “Hard Inquiry”, features a couple in their apartment, getting ready for an open house.

While the man is making pancakes, the woman is on the couch, intended to check her credit score on Credit Karma, as it is free. Hearing this, he drops the pancake, that’s rolling high in the air, and hurries to stop his partner from doing that. When she taps the screen, he falls on his knees and raises his hands toward the ceiling, screaming “Noo”. For a dramatic effect, these last two scenes, which end with the pancake falling to the floor, are shown in slow motion. The guy tells his wife that checking will lower her score and expresses his fear that they will never get out of that small apartment. “Actually, checking your credit score with Credit Karma never lowers it at all.” – the woman answers, to her husband disbelief. Eventually, he decides to check his credit score, as well.