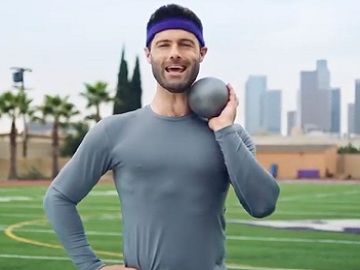 Credit Karma tries to remind/convince people that checking your scores won’t hurt your credit in a new spot.

Titled “Checking Doesn’t Matter”, the ad features a young man running on a track and making an analogy between believing that you don’t need to check your credit and various other things that you can do when it comes to athletics (and prove that are actually impossible to do). “People say you don’t need to check your credit. And that’s totally true. This like you can run a race without looking at where you’re going.” – the guy says and then, covering his eyes, proves that he cannot run a race like this because the next moment he stumbles upon some hurdles and falls. “And how you don’t actually need the aim to hit your goals.” – he adds throwing a shot above him and finding himself hit by the shot in the head. The guy then asks viewers to watch him doing a high jump (which ends with him falling on the ground, on his back) and advising them to check their credit with Credit Karma, mentioning that “it helps a lot and it’s totally free”.

Finally, the voiceover says the company’s tagline, “Get knowing”.