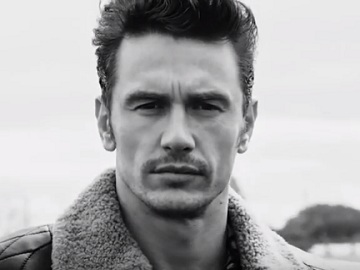 James Franco stars in the Coach For Men fragrance campaign. The 39-year-old actor, who was announced as the new face of Coach’s new cologne earlier this year, in May, joining thus Selena Gomez as part of the Coach family, is featured as a maverick, rebel, and all-American dreamer in the campaign film, set against the Manhattan skyline and soundtracked by Doppio’s single “It’s Alright”. Wearing a black leather jacket, Franco is filmed looking intensely at the camera and also in a vintage car.

Developed by perfumers Anne Flipo and Bruno Jovanovic, Coach for Men is a woody scent with notes of bergamot, green nashi pear, and kumquat, coriander, cardamom, geranium, suede, vetiver Haiti LMR, and ambergris. The bottle, that pays homage to Coach’s iconic codes, features a gunmetal spray cap shaped like a turnlock and a beautiful leather hangtag.

Coach For Men, available as a 40ml, 60ml and 100ml Eau de Toilette, has prices ranging between $60 and $120 and can be purchased at the Coach’s website and in stores.