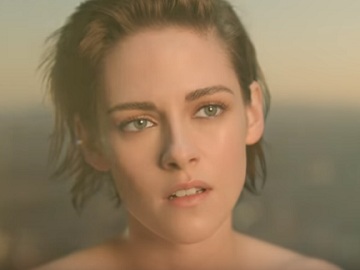 Chanel has released the campaign film for its Gabrielle fragrance, its first new perfume in 15 years, starring Kristen Stewart.

The acclaimed actress, who is the brand’s ambassador since 2014, is featured fighting her way out of a gauzy cocoon, smashing through a hive of diamonds and emerging onto a breathtaking seascape, as a way to illustrate the journey of Coco Chanel, who was Gabrielle before becoming the famous designer, “a rebel at heart, passionate and self-ruling”, who freed herself to become the woman she wanted to be.

The film was directed by one of the industry’s top commercials directors, Ringan Ledwidge, and features the 2015 single “Runnin’ (Lose It All)”, by British record producer Naughty Boy, Beyoncé, and Arrow Benjamin.

The Gabrielle Chanel fragrance, signed by Olivier Polge and featuring notes of Jasmine, Ylang-Ylang, Orange Blossom and Grasse Tuberose, will be officially released on September 1st. It can be purchased exclusively at the brand’s website, for $135.