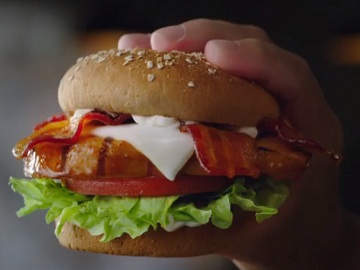 The ad introduces the three Charbroiled Chicken Sandwiches – Hawaiian, Club, and BBQ – and points out that they are made with “No Antibiotics Ever” and charbroiled to seal in the juices and the bold flavor.