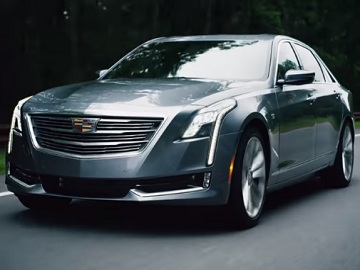 The latest Cadillac ad, which is also the 2017 VMAs Anthem, urges you to #DareGreatly and “Let go” because “It’s only when you let go that you begin to dare”.

“Let go of fear. Let go of rules. And the odds.” – the voiceover says in the 30-second spot, which begins with a photographer that overcomes her fear of reptiles and takes a close shot of a snake. Another young woman, who proves to be a contemporary dancer, is shown cutting her long hair in front of the mirror, in her own bathroom, as a way of letting go of rules. At the end of the spot, she is shown walking toward a scene, where she performs in front of hundreds of people.

The voiceover then introduces the Super Cruise, the world’s first true hands-free driving system for the freeway, and adds “Because it’s only when you let go that you begin to dare”.

According to Johan De Nysschen, president of Cadillac, the company’s philosophy behind Super Cruise is “to elevate driving, safely and simply.” This hands-free driving system is available only on limited-access freeways that are separated from opposing traffic and engages only under a series of conditions, such as the Adaptive Cruise Control is on, the Forward Collision System is set to alert and brake, camera or radar sensors are not covered, obstructed or damaged, the lane markings are clearly visible, and more.