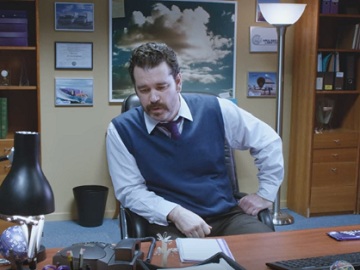 Keith, the secret lip syncing disco king, is back in a new Cadbury advert.

The 30-second spot released by the British multinational confectionery company to promote its brand of milk chocolate Cadbury Dairy Milk features actor Brandon Gibson reprising his role as logistics manager Keith and lip syincing to the tune of the 1977 hit single “Yes Sir, I Can Boogie” by the Spanish vocal duo Baccara, after taking a square of Cadbury Dairy Milk.

Gibson starred in Cadbury ads in 2014 and 2015, created by advertising agency Fallon. He has also starred in the TV series Mr Selfridge, Peaky Blinders and Penny Dreadful.