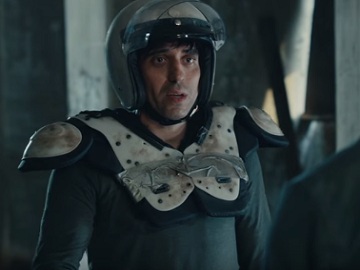 After the “Game of Thrones”-inspired spot that debuted in August ahead of the season finale of the HBO show,
Bud Light continues its “Famous Among Friends” ad campaign with a new spot, this time inspired by the AMC’s horror series “The Walking Dead”, which is scheduled to return with its eight season, on October 22nd.

The ad, created by Wieden & Kennedy New York and titled “Supplies”, is set in a post-apocalyptic world and follows Frank, a guy carrying a backpack and running through the streets of a zombie-infested town to get to his friends, who are in a warehouse, looking for cover from the zombie apocalypse. “Did you get the stuff?” – they ask him impatiently. At this point, Frank empties the backpack, showing what he’s got, including food and batteries.

Seeing there’s no Bud Light, his friends ask Frank to go get some, lying him that the area is “totally clear”
while there are, actually, dozens of zombies walking around. Before heading out again, Frank is also informed
they need queso. Behind him, his friends open the mini fridge to take a bottle of Bud Light and say “I mean, come on, we’re almost out.” even though the bottom shelf is full.

“Here’s to the friends you can always count on.” – the voiceover says at the end of the spot, adding the tagline “Bud Light, brewed to be America’s favorite light lager”.