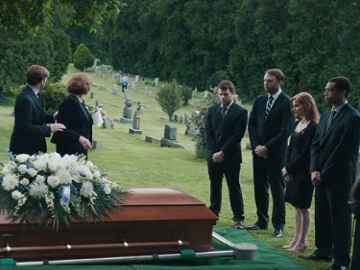 Bud Light has released a new ad, aiming to highlight that you “can always count on the Bud Light Stadium Vendor, a loyal friend to all”.

The 60-second spot, done by Wieden+Kennedy New York, features a guy whose wish, after buying a Bud Light at a football game, of always having the stadium vendor around all the time comes true. If, at first, this seems great, given the fact that the stadium vendor brings him Bud Light when he meets friends and even when he is showering, soon, things take a dramatic turn: the concessions man begins waking him up in the middle of the night, interrupting him during meetings, at the office, on dates with his girlfriend, at the cinema, and even at a funeral. Eventually, the guy decides to return the vendor to the stadium, explaining that he was wrong and that is the place the latter belongs to.

The spot ends with the voiceover saying the tagline “Here’s to the friends you can always count on.” and adding “Bud Light, brood to be America’s favorite light lager”.