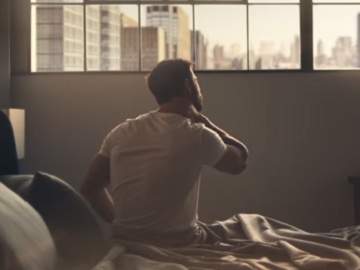 Hugo Boss has launched a new ad campaign, called Man of Today and featuring Chris Hemsworth, to promote BOSS
Bottled. The Australian actor, who’s been named the brand ambassador for the new fragrance, stars in a commercial that presents him as the “Man of Today”. He gets up, puts on a white shirt and BOSS Bottled and heads out with confidence.

“Every hour, every day, be the man of today” – says the voiceover in the 10-second spot.

Today, July 11, Hemsworth will also be attending the BOSS Menswear show, taking place in New York, where the Spring/Summer 2018 collection will be revealed. The event will be live streamed on Facebook at 1.10PM EDT/7.10PM CEST and will be hosted by Jim Chapman.

The Man of Today campaign, fronted by Hemsworth, who joins thus the likes of former Hugo Boss ambassadors Jared Leto, Theo James, and Ryan Reynolds, is set to debut this autumn.