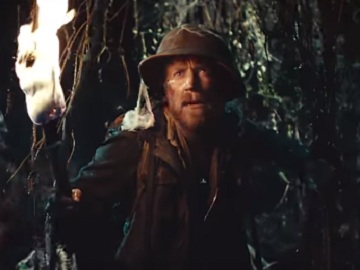 Betway continues its “for the love of the game” ad campaign with a new spot taking the lead from the golden age of cinema.

Created by Above+Beyond, the advert follows two explorers that step into a temple together and get separated by a series of “unfortunate events” generated by one of them, who is focused to betting at Betway and using the cash out feature. Thus, we see that the latter, whose eyes are glued to his smartphone the whole time, causes walls with spikes to get closer to each other and open a trap in which his fellow falls and gets covered with snakes. While the man in danger screams for help, the other keeps going, with the Betway app open.

The campaign, launched earlier this year, on August 6, includes other five spots directed by Hanna Maria Heidrich, who has worked on campaigns for Trivago and Stella Artois. The crew consists of other talented individuals, who made themselves a name in the fields they are working in: the director of photography, Tim Maurice-Jones, was Guy Ritchie’s DOP on films including Sherlock Holmes and Snatch, as well as Kick-Ass 2 and The Woman In Black, and the set designer, Marketa Korinkova, worked on Casino Royale and The Chronicles of Narnia.