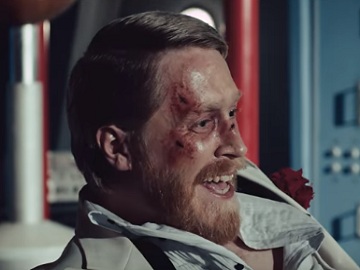 After its successful campaign with “for the love of the game”, the global betting site Betway has launched a new one, created by Above+Beyond, which includes 30-second TV spots, online video adverts in multiple time lengths, digital and press ads.

The commercials have been directed by Hanna Maria Heidrich, who has also worked on acclaimed campaigns for Trivago and Stella Artois, while Tim Maurice-Jones, who was Guy Ritchie’s DOP on films including Kick-Ass 2, The Woman In Black, Sherlock Holmes and Snatch, served as director of photography.

One of the spots, dubbed “Lair”, which pays an homage to classic cinema, features a battered Mr. Bond threatened with a buzz saw to the knackers and then by a huge ball hung above his head, while his captor is distracted by trying to cash out at just the right moment on Betway.

The campaign, which debuted on August 6, features the tagline “for the love of the game”.