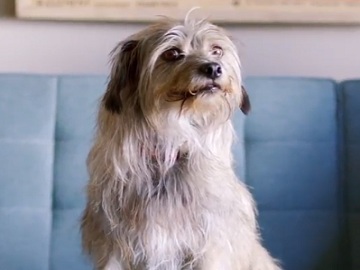 Best Buy points out, in a new commercial, that at Best Buy you can find “the right phone, on the right plan, at the right price”.

The ad, dubbed “Shacking Up”, features a young couple moving in together and getting themselves new phones from Best Buy. “These two lovebirds are changing their status from dating to cohabiting.” – the voiceover says while on screen the two are shown among unpacked cardboard boxes, taking a selfie while holding cups that hint at the love they have for each other. The voiceover also mentions that they are “moving on from their old phones by going to Best Buy to find the right phones, on the right plan, at the right price, with an expert’s help, who made their family plan official and brought them even closer together”.

“Who says romance is dead?” – the voiceover asks at the end of the spot, which also features the couple’s dog sitting between them on the couch and giving then a meaningful look at the camera hearing the question about romance.