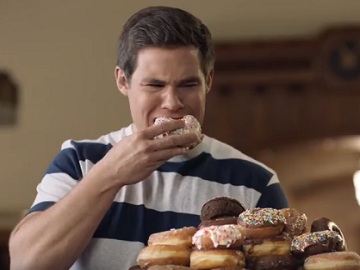 The star and co-creator of the Comedy Central series “Workaholics” Adam DeVine stars in a new ad campaign
launched by Best Buy to show people what it takes to “Tech to Impress”.

The campaign includes several spots featuring the 33-year-old comedian teaching students how to do do various things, such as how to ask their parents for more money, how to look cool without a backpack that rolls, how to enhance their social skills, how to work smart, and more.