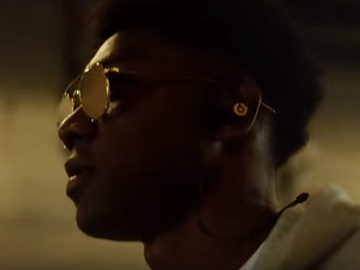 The Austrian professional footballer who plays for German club Bayern Munich and the Austria national team David Alaba has joined the Beats by Dre team. He stars in the brand’s “Be Heard” campaign, joining thus the ranks of Anthony Joshua, Serena Williams, Neymar Jr., LeBron James and Richie McCaw.

The 30-second spot features Alaba walking through a hallway with Beats Wireless earphones on and then getting in a car, while journalists are taking photos of him. “Champions will be heard” – is the onscreen line appearing at the end of the ad, released with the message “Award winning sound drives award winning David Alaba to create even more history. Eyes on next season”.

The Beats by Dre team has gotten bigger and bigger, including now also the UFC lightweight champion Conor McGregor. On Saturday, May 27, he announced that he has signed a deal to become a Beats by Dre sponsored athlete and star in the brand’s “Be Heard” campaign. The 28-year-old mixed martial artist, who ranked, last year, 11th on SportsPro’s annual list of the world’s 50 most marketable athletes and was named by Time magazine one of the most influential 100 persons for 2017, will join his compatriot Bono and Canadian musician Drake in representing the audio giant.