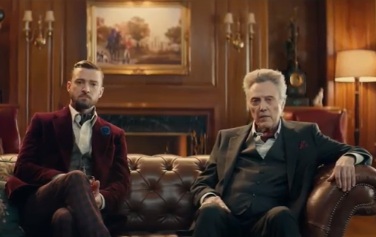 Christopher Walken shares a juicy moment with Justin Timberlake in a commercial for Bai Drinks.

The short version of the ad that has been the brand’s offer for this year’s SuperBowl edition features the 74-year-old actor sitting on a couch next to Timberlake and saying, while looking straight to the camera, “Baby, Bye, Bye, Bye”, which are lyrics from the NSYNC’s 2000 hit single “Bye Bye Bye”. In the long version, Walken performs more: “I don’t want to make it though. I just want to tell you that I had enough. It might sound crazy, but it ain’t no lie, baby. Bye, Bye, Bye”.

After finishing his line, Walken looks at Timberlake, and then they both look at the camera in silence, while in the background the above mentioned song is playing.

The spot ends with Timberlake, who serves as voiceover, saying the brand’s tagline, “5 Calories, No Artificial Sweeteners, and Tastes Amazing”.