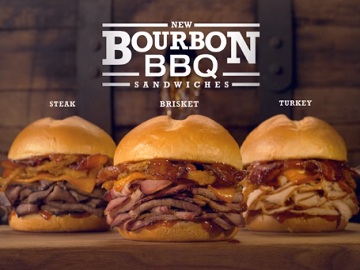 Arby’s showcases its new Bourbon BBQ sandwiches in a commercial aiming to highlight that, while it would be hard to imagine something more American than barrel-aged Kentucky bourbon, these new sandwiches are.

The prices range from $5 to $6, depending on the choice of meat.