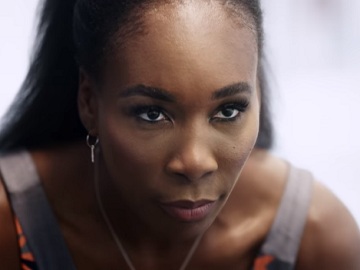 The 30-second spot, dubbed “Quality Control”, features the Olympic Gold medalist putting a tennis dress to the test. After a lady informs her that the dress has been subjected to the suggested alterations, like stretching the fabric and the diamond pattern, Venus simulates a match and concludes that it’s “perfect”.

“Venus is ready. Are you?” – the voiceover asks at the end of the spot, which features also Venus’ dog.

Venus Williams partenered up with American Express in 2016 for the “Open Like A Pro” campaign, including a series of short digital video vignettes giving fans and attendees a glimpse of what is means to be “Open Like A Pro”.