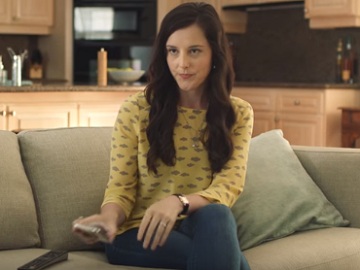 Ally tries to convince people, in its latest commercial, that its team will do anything for their financial well-being.

“At Ally, we’re doing digital financial services right. But if that’s not enough, we have 7500 Allys looking out for one thing: you. And if that’s not enough, we’ll look after your every dollar.” – says the voiceover in the hilarious 30-second spot, showing how one of the 7500 Allys helps a young woman save money. He stops her from buying a $499 Flab Jabber sold on TV by telling her to put down the phone when she’s ready to call and order the useless machine, gives her a purse that doesn’t allow her to grab her wallet, and runs with a car over a stand with various items, such as batteries, so that she couldn’t buy something she doesn’t need.

“We will do anything. Seriously, anything to help our customers.” – adds the voiceover at the end of the spot, featuring the woman in the store, looking at the mess made by her “Ally” and saying “thanks”.