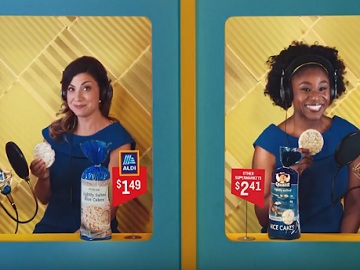 Aldi USA has released a new commercial, aiming to point out that the national average prices charged by Aldi for its exclusive brand are lower.

Asked which is the better deal, Edward answers “Rice Cakes from Aldi”, which makes the presenter express his surprise and ask him how did he know. “I can see them.” – Edward says.

“Well, he certainly got Common Cents.” – the presenter adds at the end of the spot, which also features the tagline
“Simply Smarter Shopping.”