Home / Auto / 2018 Kia Sorento Commercial: The SUV Out of Nowhere 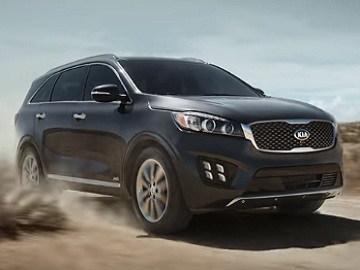 Kia Motors has released a new commercial aiming to illustrate the idea that the 2018 Kia Sorento came out of nowhere to leave the SUV competition in a cloud of dust.

The spot, titled “The SUV Out of Nowhere”, featuring a man driving an SUV down a highway, in the desert, with no other cars around, delivers a message to the competition. “So there you were. Alone on that vast road, owning the landscape. Miles and miles stretching on the horizon. The freedom of feeling that you are in front. You see, it’s funny how you thought you were so far ahead of us. But what didn’t occur to you is that you were never really ahead. We were just taking a different path.” – a voiceover is heard saying. And as he says the last two sentences a 2018 Sorento SX Limited AWD is shown speeding through the arid land, cutting off the SUV, and continuing its ride.

The commercial also highlights that Kia has been named the #1 ranked brand in quality for two years straight.