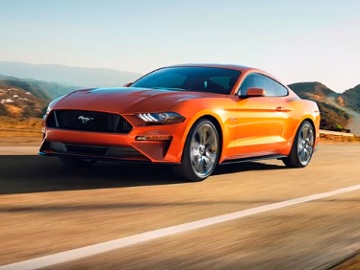 Ford Canada promotes, in a new ad, the Quiet Exhaust mode (also called the “Good Neighbor” mode) with Quiet Start, available on the 2018 Mustang GT, which turns that signature roar into a peacekeeping purr for early morning starts.

The 60-second spot presents top 5 most annoying noises from your neighbors, which includes early morning yard work, the bad dog, home improvement (chainsaws and others), band practice, and, on the first place, the noisy “toys” (motorcycles, sports cars), and urges you to not be “a bad neighbor”. The ad continues by featuring a young man using the Exhaust Mode on his Mustang and selecting the Quiet Start in the morning, before hitting the road, so that his neighbors wouldn’t be annoyed by the noise.

“New Quiet Start feature is here to help.” – an onscreen line reads and another one informs that it is possible to schedule times for your car to be quiet, such as the time frame 8PM – 9AM, but only when you want.

The idea of including this feature on the new Mustang came to the former head of vehicle engineering for Ford Motor Company Steve von Foerster, on whom a neighbor called the cops because of his Shelby GT350 Mustang, whose V8 engine “roared” when he backed the car out of his driveway. Thinking about the possible ways to give people more control over the engine’s sound, von Foerster, who now leads Ford’s user experience team in product development, discussed with fellow Mustang program team members and developed the Quiet Exhaust mode and industry-first Quiet Start, known as “Good Neighbor Mode” among Mustang engineers.